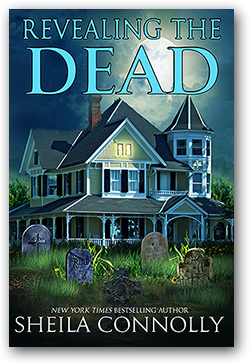 Still undecided about a return to her teaching career, Abby Kimball has thrown herself into restoring the grand Victorian she shares with her boyfriend, Ned. She’s happy to put thoughts of her strange ability to see the dead on the back burner for a while, but she realizes that won’t be so easy when she’s faced with two new compelling encounters.

First, a plumber she’s hired has a shocking experience with an old tool they find buried in the house’s walls, and then the interior life of an autistic boy streams through her mind as if he were speaking. Intrigued by the possibility that those who share her ability are more numerous and considerably more varied than she ever imagined, Abby’s forced to reconsider everything she thought she knew about her extraordinary gift.

Inspired to learn more about autism and also the family history of her new plumber, Abby begins to dig deep on both topics and will discover a shocking connection that makes it clear that deeds from the past are reverberating still in the present . . .

Beyond the Page Publishing, ebook, May 2018 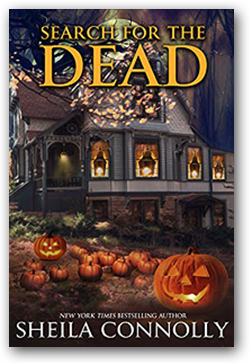 Search for the Dead

Still looking for answers to explain her uncanny ability to see her dead ancestors, Abby shifts her focus to spiritualists, seers, and psychics of all kind. Meeting them with an open mind—and a healthy dose of skepticism—she wants to know if any of them genuinely share her strange experiences or if they're simply conning gullible people. When she ventures into a series of "readings" given by area psychics, she makes a startling connection that defies even her wildest expectations.

Unsure what to make of the encounter, Abby turns to her boyfriend, Ned, and the two enlist the help of a scientist friend with equipment that can map the mind. Hoping to pinpoint where the source of their ability lies, they agree to be subjects in a one-of-a-kind experiment. But when Abby is strapped into the machine, the readings—and their implications—are more shocking than either of them could have anticipated.

Faced with the new, improbable connection and the possibility that the experiment has changed her life irrevocably, Abby will be forced to reevaluate everything she thought she knew about her ability—and herself—and answer the daunting question of what she wants next.

Beyond the Page Publishing, ebook, October 2016 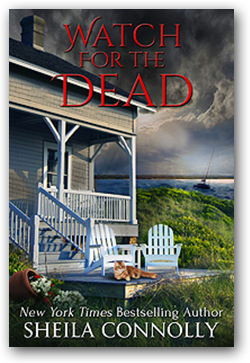 Watch for the Dead

Looking to take a break from busy home renovations, Abby and boyfriend Ned Newhall jump at the chance to vacation on Cape Cod. Not only do they plan to get away from the dust and grime, but since Abby has no known ancestors in the area, the trip promises to be free of the unsettling ghostly appearances that have darkened her recent days.

Dreams of a relaxing vacation are soon dashed, however, when a storm blows in and brings with it a scene from the past more disturbing than any Abby has ever experienced. The long-dead woman who appears to Abby is someone she's met before, but this time her presence defies any explanation at all.

Determined to unravel the mystery of the woman's recurring appearances, Abby follows a trail of family history and upheaval that spans generations and may yield the biggest revelation of all, not just about Abby's ancestors but about her living relatives as well.

Beyond the Page Publishing, ebook, December 2015

The first three books in the haunting Relatively Dead Series all in one set! 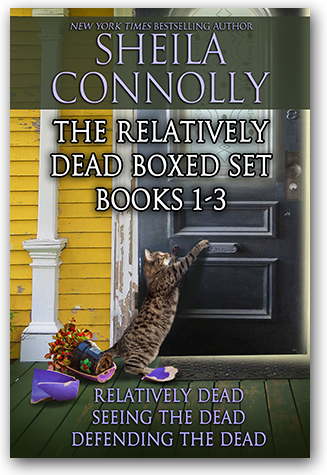 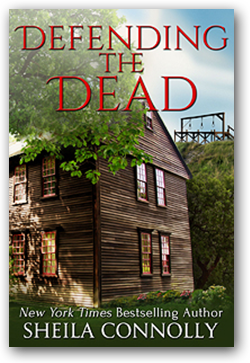 Abby Kimball has slowly accepted her recently discovered ability to see the dead, but none of the harmless sightings she's experienced could have prepared her for the startling apparition of a centuries-old courtroom scene—where she locks eyes with a wicked and gleeful accuser. Thrown back more than three hundred years, Abby realizes she's been plunged into a mystery that has fascinated people throughout American history: the Salem witch trials.

With her boyfriend Ned at her side, Abby digs into the history of the events, researching the people and possible causes of that terrible time and her own connection to them--all the while going more deeply into her connection to Ned, both extraordinary and romantic.

As Abby witnesses more fragments from the events in Salem and struggles with the question of how such a nightmare could have come about, she's suddenly confronted with a pressing personal question: Were one or more of her ancestors among the accused?

Beyond the Page Publishing, ebook, April 2015 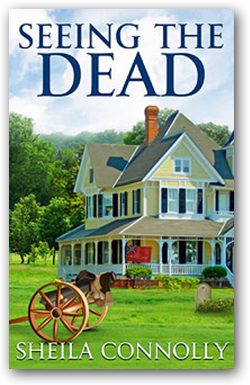 Ever since her first spectral sighting, Abby Kimball has been trying to unravel the mystery of her newly discovered ability. So when she sees the apparition of a Revolutionary War soldier in the middle of the town green—just days before the annual Patriots' Day celebration, no less—she's determined to figure out her connection to the man.

The ghostly soldier is not the only mystery in Abby's life. She's also trying to sort out her connection to Ned Newhall, the man who shares her ability and is playing a more serious romantic role in her life every day. But with plans for the celebration ramping up and her job becoming more chaotic by the day, Abby's finding it hard to catch her breath, much less come to grips with all the new turns her life has taken.

And when another eerie episode is followed by the appearance of a very curious young girl who seems wise beyond her years, Abby discovers she and Ned may have only scratched the surface of their special ability, and that Ned may hold the biggest surprise yet.

Beyond the Page Publishing, ebook, September 2014 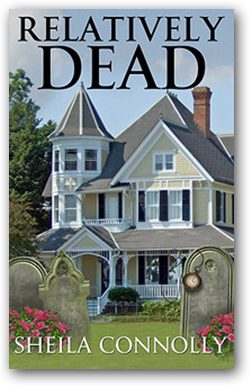 Abby Kimball has just moved to New England with her boyfriend and is trying to settle in, but the experience is proving to be quite unsettling, to say the least. While on a tour of local historic homes, Abby witnesses a family scene that leaves her gasping for breath—because the family has been dead for nearly a century. Another haunting episode follows, and another, until it seems to Abby that everything she touches is drawing her in, calling to her from the past.

Abby would doubt her sanity if it weren’t for Ned Newhall, the kind and knowledgeable guide on that disturbing house tour. Rather than telling her she’s hallucinating, Ned takes an interest in Abby’s strange encounters and encourages her to figure out what’s going on, starting with investigating the story of the family she saw . . . and exploring her own past.

But as Abby begins to piece together a history that’s as moving as it is shocking and unravels a long-ago mystery that nearly tore her family apart, she also begins to suspect that Ned’s got secrets of his own, and that his interest may be driven as much by a taste for romance as a love for history.